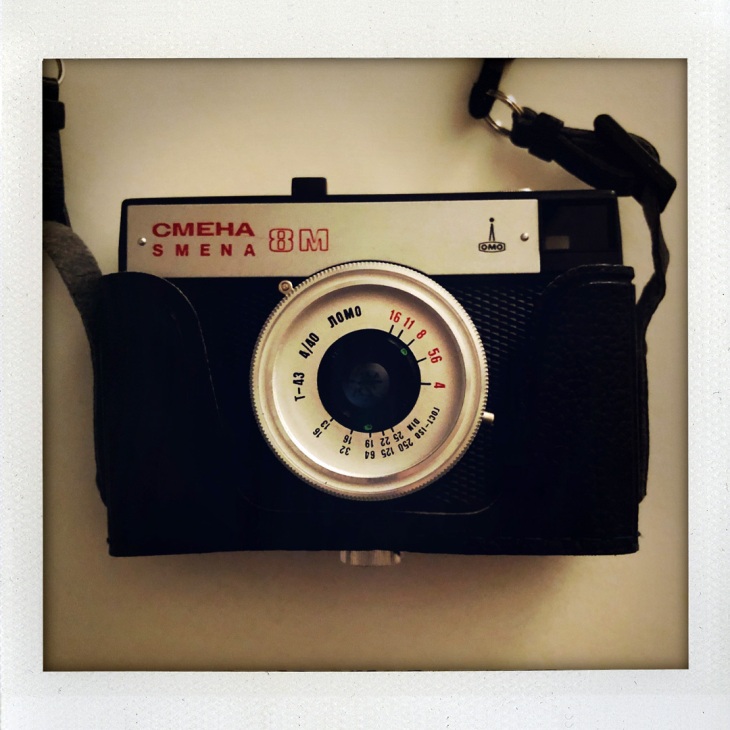 An eBay purchase, it’s New Old Stock. Seriously. The box that showed up in the mail was sealed and unopened. They were manufactured from 1952 until the late 80s, but a little internet research reveals this one’s likely closer to the late 80s.

To call this thing quirky would be an understatement.

Full manual. 35mm. No battery. The shutter needs to be cocked before each shot.

The aperture ring – ƒ/16 to ƒ/4 – is inconvenient as hell, and loading and unloading film will be interesting because the rewind is a smaller-than-a-dime button with a serrated edge on top of the camera. No crank. The film take-up spool is loose.

It has shutter speeds from 1/8 to 1/250 second, or one can go by sunny to cloudy icons at the top of the lens barrel.

There are videos aplenty on YouTube, if you’re the curious type.

So, besides the Smena 8M, I’m down to about 20 cameras to document:

It’ll take a while to go through them all since they’re mostly old film cameras, but it’ll give me a chance – and excuse – to use up my film stash.

I’m pretty sure I’ll keep adding cameras to the list – because GAS – but putting these cameras through their paces will be my main focus for 2020-2021.

Take a few seconds and check out what I’ve put together so far over on @rustyshutters.